General James Doolittle of the United States Army Air Forces (USAAF), hero of the daring “Doolittle Raid” on mainland Japan, offered the following high praise to one of his staff officers in 1944: “Next to a letter from home, Captain Miller, your organization is the greatest morale builder in the European Theater of Operations.”

The Captain Miller in question was the trombonist and bandleader Glenn Miller, the biggest star on the American pop-music scene in the years immediately preceding World War II and a man who set aside his brilliant career right at its peak in 1942 to serve his country as leader of the USAAF dance band. It was in that capacity that Captain Glenn Miller boarded a single-engine aircraft at an airfield outside of London on December 15, 1944—an aircraft that would go missing over the English Channel en route to France for a congratulatory performance for American troops that had recently helped to liberate Paris.

The Glenn Miller Orchestra played its last-ever concert under Miller’s direction on September 27, 1942, in Passaic, New Jersey, and shortly thereafter, Miller entered the Army. After nearly two years spent stateside broadcasting a weekly radio program called I Sustain The Wings out of New York City, Miller formed a new 50-piece USAAF dance band and departed for England in the summer of 1944, giving hundreds of performances to Allied troops over the next six months before embarking on his fateful trip to France on this day in 1944.

The wreckage of Miller’s plane was never found. His official military status remains “Missing in Action.”  But the Footprint, and the legacy that Glenn Miller left behind is one that is sure to live on…for generations for come.  Mr. Miller – thank you for sharing your gift, and for your service to our country. 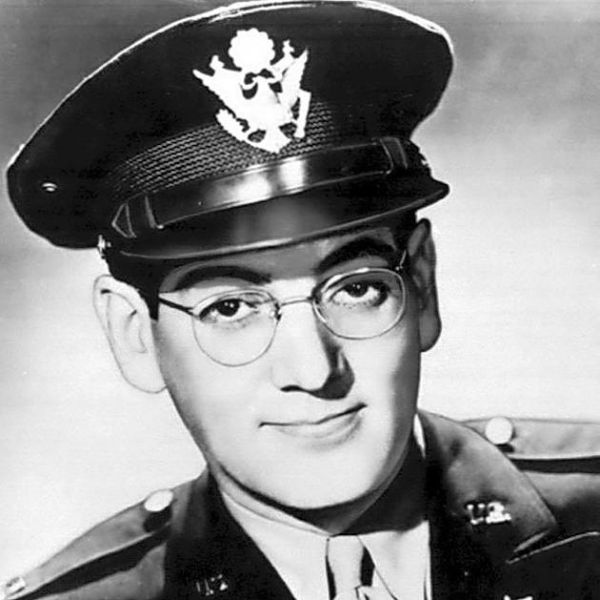 see the original article  on History.com