M*A*S*H was an American television series from the early 70’s that followed a team of doctors and support staff stationed at the “4077th Mobile Army Surgical Hospital” in Uijeongbu, South Korea during the Korean War.

It spanned 256 episodes and lasted 11 seasons, and became one of the highest-rated shows in U.S. television history.

America’s Footprints recently posted an iconic moment from this television show that went viral almost instantly. So we decided to pay homage to the men and women who helped create the long-lasting legacy that M*A*S*H continues to be so well known for.

In no particular order, here are 8 facts about M*A*S*H 4077 that will make you want to call up every episode on Netflix and relive these same moments right now:

1. Many of the stories you saw were based on actual events.

According to screenwriter Ken Levine, while some shows were the result of creative genius, they actually got a lot of their plot lines from conducting interviews and research from doctors, nurses, and patients who lived through the Korean War experience.

They chose the best stories they could find, focusing on the most emotional moments that could also be used in comedy. Some of the storylines were so outrageous, the screenwriters either had to tone them down, or abandon the idea completely thinking no one would believe it.

2. The actors who played Lt. Colonel Henry Blake died within a day of each other. 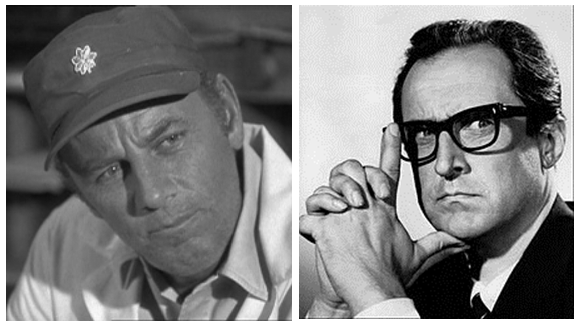 MacLean Stevenson is the man we will all remember for playing the role of Blake. But the television show was adapted from the 1970 feature film MASH. And in the movie, Roger Bowen also played the same role.

When Bowen died, his family was concerned that the news would get him mixed up with the reports of Stevenson’s death. So they waited a week before announcing it.

Though some say the family waited out of respect, and to honor the connection Stevenson had with Bowen.

3. Many of the actors actually served in the military.

Alan Alda, who played Hawkeye Pierce, was a member of the ROTC when he was in college. After he graduated, he served for a year at Fort Benning, and then spent six months in the U.S. Army Reserve.

Jamie Farr, who played the role of the cross-dressing Corporal Maxwell Q. Klinger, was drafted into the Army. He went through basic training with the 6th Infantry Division Fort Ord California, and served for two years…which included tours of both Japan and Korea.

4. B.J. never revealed the origin of his name. Or did he?

Captain Hunnicutt (played by Mike Farrell) was always known as “B.J.” in the show. But the real name behind his initials was never given.

At least that’s what most people will remember.

There was one episode however, where Hawkeye went to extreme lengths to learn what his initials stand for. And towards the end, Hunnicutt explains that his parents’ names are “Bea” and “Jay,” claiming that this is the reason for his odd name.

But whether this is was actually true was never “officially” made clear.

5. Film crews were only permitted to use the Malibu ranch for one day. 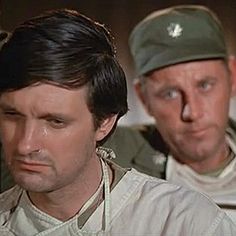 The show was limited to filming everything in one day on the ranch, per episode.

As a result, writers could draft up no more than 6-8 pages for these scenes, depending on the time of year and how much daylight they had. In fact, once Daylight Savings time was over, they were forced to film any exteriors shot on a stage at Fox Studios.

As you might imagine, this one-day restriction made it difficult for directors to capture all of the “emotional comedy” the audience was expecting. And yet somehow they still managed to pull it off!

6. Todd Sussman actually made a brief appearance in one episode.

Most viewing audiences will remember the voice of Todd Sussman. His echoes would resonated the halls as he would make announcements on the PA system throughout the show.

However, many of the diehard fans may remember his brief cameo in the 1974 episode “Operation Noselift.”

Sussman played the role of Private Danny Baker, who was caught going AWOL because of his huge nose. In the episode, Hawkeye called in an old buddy and plastic surgeon to perform the surgery…in exchange for a date with “The Barracuda.”

The plot thickened because elective surgery was against military regulations. So the episode was centered around whether or not Private Baker would get his new nose.

Does anyone remember what happened?

BONUS FACT: Max Klinger was also only supposed to be in one episode.

Jamie Farr’s character was also supposed to be gay. In fact, many of Klinger’s early dresses were based on Hollywood movie stars like Judy Garland, Vivien Leigh, and Betty Grable.

The screenwriters changed him to a heterosexual who cross-dressed to try to get himself kicked out of Korea. Allegedly, the Klinger character was influenced by comedian Lenny Bruce’s claim that he got discharged from the Navy for claiming to have “homosexual tendencies.”

7. A time capsule that was buried by the crew was found almost instantly.

In the show’s penultimate 11th season episode, “As Time Goes By,” the characters gathered items for a time capsule to bury at their military medical unit in Korea.

This gave Alan Alda, the show’s lead actor, inspiration to do a time capsule in real life. He believed someone would dig it up 50 or 100 years later and would find it interesting in some way.

The crew was totally on board, and the real-life time capsule was officially buried.

But their secret didn’t last long.

About two months after the studio sold the land, a construction worker who had started excavation for a new office building found the capsule. Rumor has it that the worker wasn’t very impressed, and decided to ultimately get rid of it.

8. Wayne Rogers avoided a lawsuit because no contracts were ever signed.

When Rogers, who played Trapper John, left M*A*S*H in 1975, he was sued for breach of contract. Problem was, he never signed one.

The show wanted him to sign a morality clause, which stated he could be suspended or fired from the show at any time. He felt the clause was antiquated and didn’t believe it was fair, insisting he deserved to have the same long-term privileges as the show’s producers.

For reasons that remain unclear, Rogers was permitted to continue his work on the show despite having never signed a contract. And as a result, the charges brought against him were ultimately thrown out in court.

What else have we missed? Comment below with your favorite moments from this iconic television show below, and together let’s relive a piece of television history all over again with friends, family, and even complete strangers!