The large age difference between my parents meant my mom was in school during my childhood while we lived with dad’s parents, then my mom’s moms, and then finally at 8 my mom went to medical school 14 hours from home and we were no longer physically connected to family.

My mom is an amazing woman. My grandmothers lived through so much. The women in my family, well, they amaze me.

March is National Women’s History Month and I always try to research a woman ancestor who I know little about. Everyone has a story to tell, but many times it is the women who get overlooked in our histories. Yes, they are at times harder to research, but does that make them less?

Not in my book.

Some of my favorite stories growing up were told to me by my grandmothers about the strong women in their family. Now, I say strong, but I honestly do not think if they were alive today they would say that. To them the women they descended from did what they had to survive, they did not do anything out of the ordinary, but to me they did oh so much.

For instance, take my ancestor Mary Sample Armstrong, 2nd great grandmother. Her husband Robert sailed to California for the gold rush (yes I have a ’49er) leaving from their farm in Ohio for an adventure no one could know the outcome of.

At home were 6 children and it was not until after he left she knew they were expecting another. For over a year she cared for the farm, raised children, and waited for the letters from California to arrive.

She was not completely alone, as there were family members in the community who I am sure helped, but let us be honest. Mary did the brunt of the work like all moms do. By herself, on a farm, with 7 children under the age of 10. I have two kids and have my hands full! 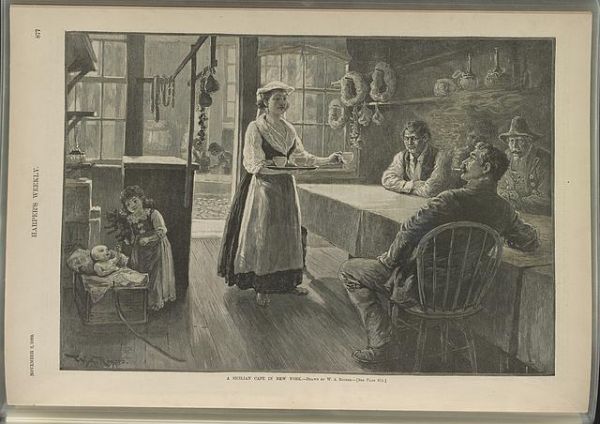 Her story has a happy ending, unlike so many others who only suffered tragedy with the gold rush. Robert struck a vein and came back a moderately well off man. On his return he was able to purchase 100 acres of land and grow into a prosperous farmer.

My most memorable story of Mary was told to me by my grandmother. Grandmas father was only 6 when the Civil War started. He told his children how he held his mother’s hand as they watched the men in their blue uniforms March out of the town square.

Among them were his 2 older brothers. John, my great grandfather, looked at his mother in the sea of cheering faces. She was not cheering but she simply squeezed his hand, and silently cried.

I challenge you, before the end of the month, to write up stories, memories, or do some good old fashioned research on your female ancestors. Tell their story.

Because, if you don’t, who will?

Shannon Combs-Bennett is the Creative Director for The In-Depth Genealogist and Education Chair for NextGen Genealogy Network. She writes and lectures on a variety of topics from genetics to methodology and is contributor to Family Tree Magazine / University.