“Why should I bother writing a memoir or keep a diary? I haven’t done anything special,” said Elizabeth, a Baby Boomer from South Carolina with brown skin with cool, jewel undertones and an effervescent smile.

“Besides, nobody would care.”

Elizabeth isn’t the only one who has expressed this sentiment to me when I’ve stressed the importance of capturing and preserving memories and family history at conferences and through my blog, A Patient Genealogist.

But like everyone before her and who I’ll encounter in the future, she is completely wrong.

Oh, how I wish I could blink myself into her memory bank for an objective audit. I wanted to shine the light on the ordinary, everyday experiences that are more extraordinary than Elizabeth can comprehend.

The smallest moments of average individuals have more depth of meaning that any documentary on a celebrity or political leader imaginable. I know because my ancestors’ stories are some of my greatest treasures and for those I have met while teaching genealogy.

I know because a German legend tells of the tinest blue flower that nearly was overlooked by God as he went about naming the colored flora. The tiny flower called out to the deity to “Forget me not, O Lord” and then God declared that the little flower would forever be known as a forget-me-not.

So if any ordinary flower is often outshined by a rose or a lily is worthy of remembering, you better believe your life that your story, no matter how hum-drum you perceive it to be, is worth preserving.

The Clintons, Trumps, and Kardashians receive a lot of press for their antics both past and present. However, none of them make me laugh more than a conference attendee’s retelling of when her grandma discovered her husband was cheating.

Grandma put her wayward husband into the truck and drove him into the middle of nowhere and left him there to rot for all she cared. Upon returning home, she unceremonious removed his things from the house and began the divorce proceedings.

The storyteller’s peppered her account with details that were just as shocking as tabloid accounts of the folks I just mentioned. I wish I could relay all the comical elements of this story, but I promise they were worth recording. I laughed so hard and could only say, “Good for you Grandma!”

This grandchild was impressed by her Grandma’s tenacity, and I was too, and I never met the Grandma! How we, or our ancestors, handle the challenges and trials of life, can provide a source of inspiration or a cautionary tale for our family and others.

So, let’s stop letting the well-known celebrities be the only ones whose stories are recorded and shared. Write your stories – the good, the bad, and the funny.

Before you think no one will care, would you believe that a granddaughter-IN-LAW would yearn for more stories about her grandfather by marriage?

I met my future grandfather-in-law at the wedding of my now brother-in-law. It was my first time meeting my husband’s family, and Grandpa Grumpy was put in charge of me while my fiance full-filled his duties as groomsmen. Despite the gruff exterior, Grandpa Grumpy was as soft as a marshmallow on the inside. His crusty facade faded as he shared stories of his simple carpentry life and his quirky views on life and religion.

He became my second favorite grandparent!

After my eldest daughter was born, he insisted that her name must be said with the word “The” before it. His deep, rattly voice pronounced the with the ‘e’ having an ‘uh’ sound. I loved his insistence that she was more than just her name by adding the little extra word. His endearment was a far better pet name than ‘pumpkin’ or ‘sweety pie’.

This thin, aging old man didn’t look strong enough to lift his great-grandchild, but lift her he did! On a visit, a migraine prevented me from caring for my daughter. She was a toddler in their home full of many breakables with a sleeping mother.

Grandpa Grumpy took her outside, down four cement steps, strapped her squirmy body into an umbrella stroller, and they were off. Together they cruised the neighborhood as Grandpa showed off his darling granddaughter to neighbors and passersby. 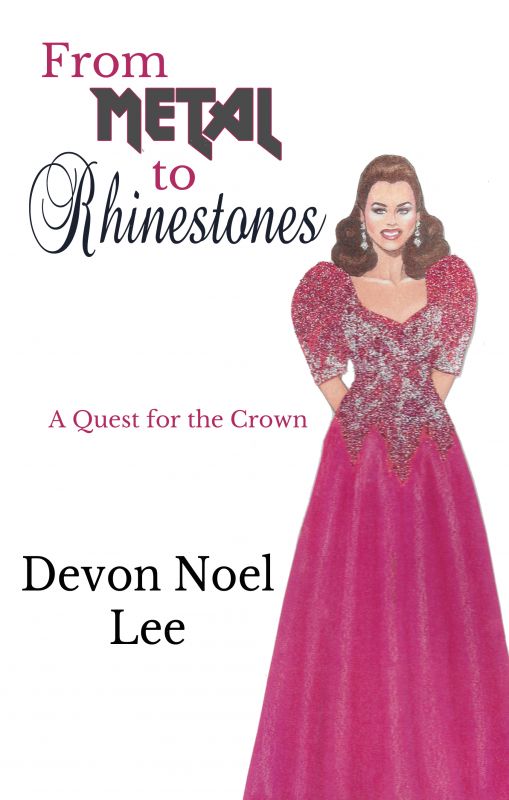 Grandpa died fairly recently, and I miss him like crazy. Thankfully, his daughter is still around to tell me stories of him. We have turned an interview she did with him before his death into a video. The stories he shared were from his time on a destroyer escort ship during World War II.

While researching the ship’s history, there are few extraordinary war stories as the ship stayed far from the fighting action. The USS Stewart did participate in escorting Franklin Delano Roosevelt to Casablanca, but Grandpa didn’t interact with him.

In short, his service was pretty ordinary. But with his story recorded and some images from those days, the video is a peek into the life of a man that means so much to his daughter and a grandchild by marriage.

Take time to write your story. Take time to record the stories of your parents, grandparents, aunts, uncles, etc. Everyone is important to someone else. Often the ordinary lives of normal individuals are treasures worth more than gold.

My family tree contains average people. They were bookkeepers, railroaders, milkmen, auto mechanics, homemakers, educators, and farmers. As I have worked to uncover their stories, I have found these men and women to stories worth sharing.

The stories you preserve will be worth more to your family than an autographed copy of J. K. Rowling’s first addition of Harry Potter and the Sorcerer’s Stone.

If you still don’t believe me, check out my personal memoir entitled “From Metal to Rhinestones: A Quest for the Crown.” It’s not only the story of my teenage beauty pageant participation but records a portion of the lives of my parents who are now deceased.

I never won the title of Miss USA or Miss America, but my children and husband are so pleased that I took the time to retell the story. And you know who else is thrilled with my memoir? My mother-in-law!

How many people could say that?

Devon Noel Lee is a family historian, author, lecturer and mother of five home schooled children. She’s a crazed Texas A&M fan and loves BBQ and Lemonade. Capturing and preserving family stories so her ancestors come alive is her passion.