Imagine losing your father to cancer, and then 16 years later waking up one day to see a birthday card he left behind…specifically for you.

Well that’s exactly what happened to Jace Lenfert of New Albany, Indiana a few months ago. Though his father died from cancer back in 1999, he planned a special surprise for his son that would be kept secret until his 30th birthday.

“My father passed away from liver / lung cancer in 1999 after battling it for a year and a half. After so much chemo and medication, he just couldn’t take that quality of life anymore and realized it was his time to go,” said Lenfert in a post on Reddit.

He went on to explain: “I assume at that point he bought cards for my brother and I’s milestone birthdays. It caught me totally off guard and made me so very happy. It felt like he was still there, holding something I’d never seen before that he touched, and signed himself, it was if he had just done it yesterday.”

Under the username ChrisBenRoy, Lenfert posted a picture of the birthday card on Reddit. His mother held on to it all these years, with specific instructions to present it to Lenfert on his special day. Inside, it was inscribed with a simple “Love ya – Dad”, and was written such a long time ago that even the corny joke on the inside feels quite charmingly dated.

Needless to say, this unique gift moved Lenfert to tears.

“I’ve lived longer without him than I did with him,” he explained. “So to have these little moments where he kind of pops back into my life again brings everything back in a rush and it’s incredible. I cried, but I did because I was so incredibly happy.”

Lenfert later said that this was not the first card he’d received from his long-gone dad. He claims to have also received cards on his 20th, 21st, and 25th birthdays – all saved by his mother in a lockbox at the bank. But with the last card being five years ago, Jace had forgotten about the possibility.

He now wonders if his dad has anything planned for his 40th birthday or any other major milestones in his life. But he agrees with the Reddit community that “his father has found a way to still be an awesome father…16 years after he died.” 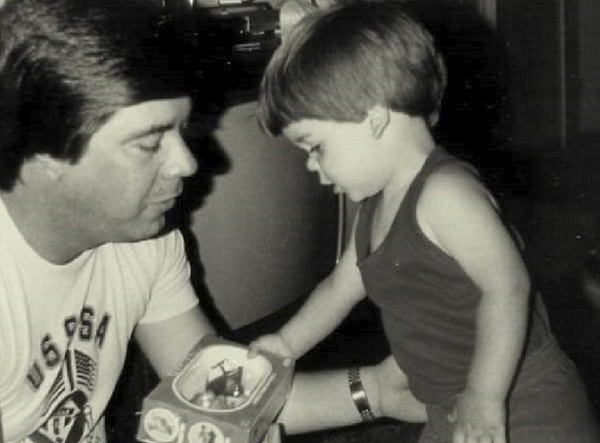