A 6-year-old boy with a rare neurological condition has completed a triathlon thanks to an incredible show of love from his big brother.

Lucas Aldrich was born with lissencephaly, which means he is missing the normal folds and wrinkles in the cerebral cortex. According to The Cortical Foundation, it occurs in only one of every 85,470 births and can cause seizures, difficulty swallowing and other serious health problems, as well as a shortened life span.

Lucas , who is unable to walk or talk, was pulled in a dinghy, pushed in a wheelchair and tugged along by a bike driven his eight-year-old brother Noah at a children’s triathlon not too long ago.

The boys, from Boise, Indiana, took part in the race after Noah said he wanted to complete it alongside his brother…and his best friend.

The family like to stay active and give Lucas the best experiences in life . Recently, they heard about a YMCA Kids Club Program that was sponsoring a kids’ triathlon.

Noah said he wanted to get involved, stating: “Mom, I want to do this with my brother.”

And so the idea to participate was born. 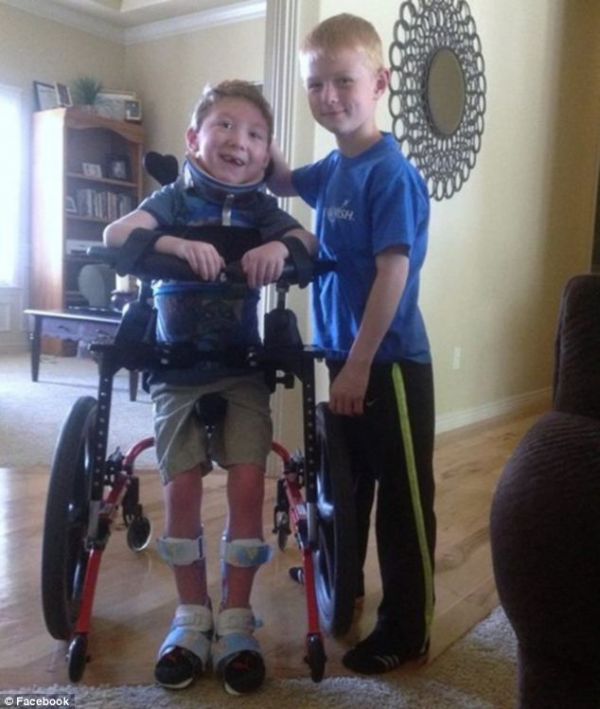 The triathlon consisted of a 200-meter swim, a 3-mile cycling trek, and a 1-mile run.  For three months, they trained in running – with Noah pushing Lucas in a large stroller – and swimming – with Lucas in a boat pulled along by Noah – and cycling, with Lucas in a stroller on the back of his brother’s bike.

On the big day, Noah admitted that he was nervous – but he put in an astonishing effort and carried his brother across the finish line as spectators cheered. They completed the race in just over 54 minutes.

The family has since launched a non-profit organization called Lucas House, which helps parents with special needs children and provides the kids with pet therapy, music therapy and arts and crafts. 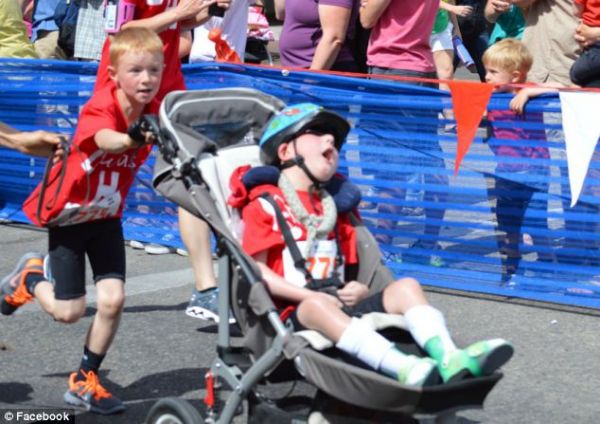 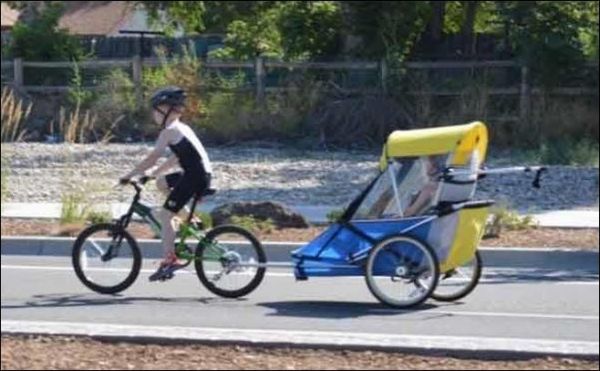