Have you ever heard of a road made of corduroy? Neither had I…until recently.

I immediately thought of the obnoxious sound corduroy pants make when you are wearing them and walk. Then I thought of what it would sound like to drive on it. How annoying would that be!

But as it turns out, it was not what I first imagined at all.

A corduroy road is a made of logs and covered with sand to provide stability and traction. It is used to traverse unstable terrain, that would otherwise be difficult to get over.

Named for its similarity in appearance to the cloth, they were used mostly in swampy, boggy or sandy areas, and have been in use as far back as 4,000 years.

Well done to those early engineers. A time consuming and labor intensive method, they nonetheless made what might have been a wet, slimy swim, into a dry passable route.

There are still remnants to be found in a few places of the world. In fact one stretch of the Alaskan highway running between Burwash Landing down into the Yukon is a corduroy road.

They were also popular during WWII on the eastern front, with both the Russian and German armies. I guess that’s one way to deal with those Russian winters and all that snow.

In the Pacific Northwest they made their logging roads out of huge logs, without the sand, and were the common route of travel for the loggers. They were also known as skid roads. The areas around Seattle and Vancouver had an influx of bars that sprang up around the workers slums and our slang term “skid row” hails back to that time.

It was certainly a bumpy road to travel.

That leads me to the story my dad once told me of the corduroy road he saw as a kid though, originally used to cross the Arizona / California desert. And because he witnessed the last of the “wild west,” this story is as good as gold to me.

He and my grandparents were traveling to California via Yuma, AZ. in the early 1940’s. Off to the side of the then-modern road, he said they could see the remains of the corduroy road built to travel the sand near the Imperial Sand dunes.

Very close to the Baja, where today it’s known more for racing, things were much different then. This wasn’t a race for fun; it was one of survival.

Sand can be just as unstable as any bog. And unlike a bog or swamp, you won’t have water around you to survive on if you get stuck. Highway 8 runs near there still and I reckon the last vestiges of that corduroy road are long gone.

The Model A vehicles from back then traveling that road weren’t made to deal with the heat. Solid rubber tires made for a rough ride, and with no radiator caps, they would often boil over.

They dealt with the problem by using canvas bags, rather like the old army ones, hung on their headlights so they always had water to refill the radiators.

The fibers of the canvas would swell with the water until they became watertight. It might not have been traveling in style, but any style that gets you there alive works for me!

Plus these also gave you a water source to survive on if your car broke down completely. 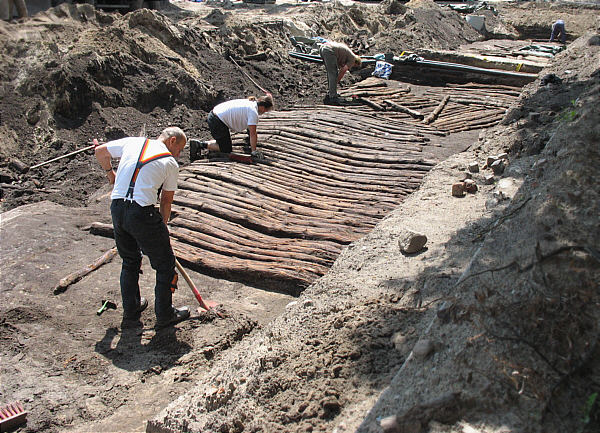 Now getting stuck in the desert is how you end up on a postcard, showing an image of your skeleton sitting in your broken down car with a caption overhead that says, “Welcome to the desert. Enjoy your stay.”

Yeah, no thank you. But that corduroy road is what made a deadly trip possible, passable, and livable.

All of these thoughts were going through my head as my father was telling me this story. And all I could think about was: “wow -what a long, bumpy, hot, miserable trip.” And heaven forbid you had kids in the back saying “are we there yet?!”

Lesson learned: I will never complain about grooved pavement during construction again.

So next time you’re flying down the highway on that nice smooth asphalt, take a moment to remember those who traveled before us.

The bumpy roads they had to build, endure, and survive are what paved the way to the America we know today – like a silk road in ease, peace and freedom.

A Colorado native, navy vet, mom and caregiver, Tracie Snider is a lover of history, animals, and a faithful servant to the Lord. In her own words: “any good story is always worth hearing to me.”