My life has been a rollercoaster of ups and downs for as long as I can remember. Though people always say our younger years are some of the best years, they were my worst.

I had a difficult childhood and grew up with no self confidence. Even into my 20s, kids and adults of all ages would tell me how I would never amount to anything, and how my life will be nothing more than “mediocre”.

And for the longest time, I believed what people instilled in me was true. And as time continued, I honestly thought I would never muster up the courage to do something out of my comfort zone.

As a result, I never had the drive to challenge myself. I never found the courage to pursue my dreams. And I never felt like I would accomplish much of anything in life.

That was until I turned 50.

Believe it or not, one thing I wasn’t very good at as a child was riding a bicycle.  The few times I tried, I failed. So I just gave up on it completely.

And when I became a mom, I would watch my kids ride their bikes with ease. Knowing this was never something I could accomplish, I would sometimes kick myself for not getting up and giving it another shot.

Yet I didn’t think much of this until I met a man named Michael, who introduced me to something I’ve never been close to before: the “motorcycle lifestyle”.

Michael owned a Harley Davidson Softail Classic – a touring model with all the bells and whistles you’d expect to see on a long-distance cruiser. And almost instantly, I had an attraction towards it.

Within just a few months of dating him, Michael invited me to join him for a ride on the back. Excited, yet nervous, I cautiously agreed.

From that moment on, we would ride together virtually every weekend. Weekend trips on the motorcycle quickly became my new favorite passion, and consumed almost every thought. It was like nothing I had experienced before. 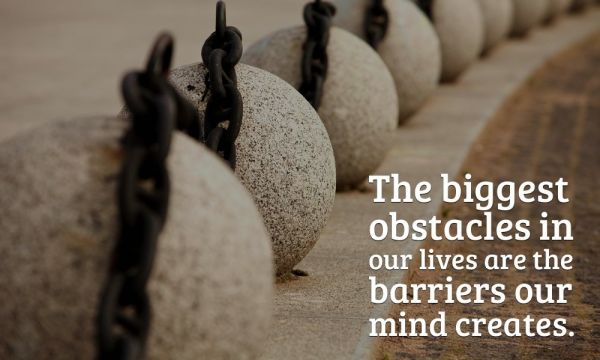 After a full summer riding as a passenger, Michael asked me one day if I’ve ever thought about riding on my own. Honestly – the thought crossed my mind at least a dozen times all summer long. But because of my past and the way I was ‘wired’, I couldn’t find the courage to pursue it.

However he convinced me that getting my own motorcycle license was worth a try, and helped me prepare for the 1st stage – my written DMV test.

In line with most everything else in my life it seems, I failed – twice. It was like riding the bicycle all over again. I just couldn’t do it.

He convined me to take the test one more time. And in a make-or-break moment for me, I finally passed the written test.

Afterwards, I was granted a permit which gave me the restricted option to practice riding on my own motorcycle. But I still did not feel comfortable doing it. So I found a driving instructor who had a special 250CC motorcycle, setup to allow me to drive, with him as a passenger controlling the bike when I needed him to.

The lessons were a great help. At first we stayed in a parking lot where I just learned the basics, like getting on and off the bike properly. I learned how to start it, shift it, brake, and throttle forward. And after a while I was riding around the parking lot and local streets with him on the back of this special bike.

Once my lessons were over, it was time for me to graduate and get my license at the local DMV.

The day finally arrived for my scheduled test, and they supplied me with the motorcycle. But despite all the confidence-building up to this point, my nerves got the better of me.

Once again, I failed.

So Michael and I decided to find and buy a small motorcycle that I could practice on by myself. One that would be the perfect size for my small frame. Once purchased, we would practice riding around our neighborhood together – me on mine and Michael on his.

Most times were successful. But during those practice runs, I dropped the bike at least 10 times, and crashed into a curb once, flipping myself over the handlebars and sustaining a significant injury. 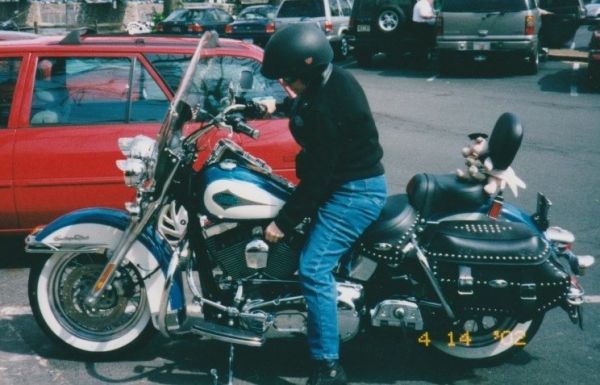 At that same moment I had enough. Winter was closing in and I threw in the towel. Though I didn’t sell my practice bike, I also didn’t look it all winter long.

There were times when Michael would try to encourage me to give it another shot, and even my sons would try to instill confidence. But nothing worked.

Another dream was officially lost, becoming yet another failure in my life.

When Spring arrived, I had heard about a weekend-long instructional course, designed specifically for new motorcycle riders. It would allow me to learn more about driving a bike in a monitored environment with certified teachers. And if I did well, they had the state’s permission to grant me an official DMV motorcycle license.

Perhaps due in part to the constant ‘nagging’ from Michael and my family, I decided to attend that class. When I got on their bikes for the first time again in over 5 months, I had an overwhelming urge to succeed.

I wanted to prove to myself that I could get my license, and do something in my life that pushed me beyond the boundaries I had gotten so used to. So within those next three days, I was determined to conquer my fears, once and for all.

And long story short, I passed everything. With flying colors.

The rest, as they say, is history. After getting my license and practicing a while longer on my mini-bike, I sold it and upgraded to a Harley Davidson 883 Sportster. I rode that for several years and eventually sold it for a 1475cc 1999 Harley Davidson Softail Custom Classic.

The Softail become the bike that I rode for 10 years, at which time I realized I had happily fulfilled my dream and conquered my first major fear.

In my early 60s I was content. I made the decision to finally sell the motorcycle, retire my helmet, and make the entire experience one fond middle-age memory.

Though I would never say it out loud, to this day I can’t tell you how proud I am of myself. Here I was at 50 years old. I had no experience riding a bicycle, no experience driving a manual transmission, and no self-confidence after failing so many times in life.

I could have easily continued on the same path, but I chose not to.

I consciously chose to conquer and break down the barrier that had blocked me from so many opportunities in life. And now that I am inching closer to 70, my only regret is that I didn’t find the strength to do it sooner.

Moral of the story: if you ever find yourself in doubt, or stuck in a moment where fear gets the better of you, I hope my story can give you that small push you might need to get up, face it, and conquer it.

Because if you don’t do it now, one day you’ll wish you did. 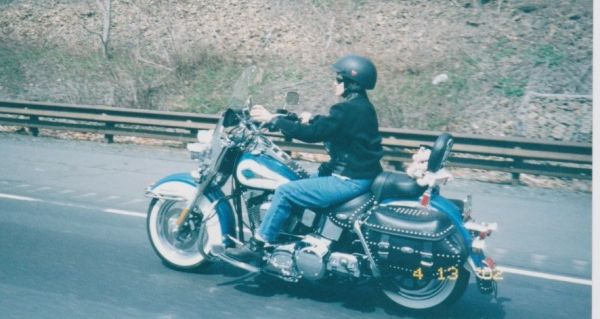 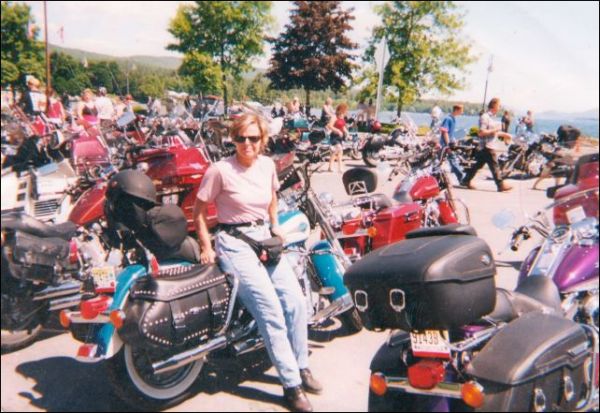 America’s Footprints would like to give a special “thank you” to Judy for taking the time to share this story with us today. If you would like to submit a personal story from your past that you believe our blog readers can relate to (and possibly find inspiration through), please contact us for more information. If desired, you can choose to stay anonymous.