Judy Garland was an American singer and actress. Her vocals helped her achieve international stardom that helped her launch a career spanning more than 40 years.

Garland is perhaps most famous for her role as Dorothy Gale in the light-hearted 1939 classic movie titled “The Wizard of Oz.” But she was also nominated for the Academy Award for Best Actress in another film, and remains the youngest recipient of the Cecil B. DeMille Award for lifetime achievement in the motion picture industry.

Given just those facts alone, one might surmise that Garland lived a luxurious life of wealth and social status. But there is always a story behind everyone’s success, and sadly Judy’s is a tale we don’t often hear.

If you didn’t know Garland personally and just met her for the first time, you would never realize she struggled immensely in her personal life – both emotionally and financially. And it started when she was just a child.

Executives often billed Garland as the ‘girl next door.’ They would say she was unattractive, and that she lacked the modern day glamour of a leading Hollywood actress. This typically led to producers extensively altering her appearance on stage and on screen.

In her later years, Garland was married five times, with her first four marriages ending in divorce. Some claim these separations were the reasons behind a number of unsuccessful suicide attempts.

Garland was also plagued by debt and financial instability, at one point owing hundreds of thousands of dollars to the IRS. As the years wore on and Garland’s financial situation became precarious, she turned more and more to television appearances.

But her television shows failed, which eventually brought her back to the stage.

She began a concert tour throughout Australia in 1964, often singing on stage with her daughter Liza Minnelli. But the latter part of her tour was a disaster.

At her second performance in Melbourne, she started the show an hour late (which was increasingly common for Garland). 7,000 paying customers were disappointed by her tardiness, and believed she was drunk. They heckled her throughout the show, causing her to flee the stage after just 45 minutes. 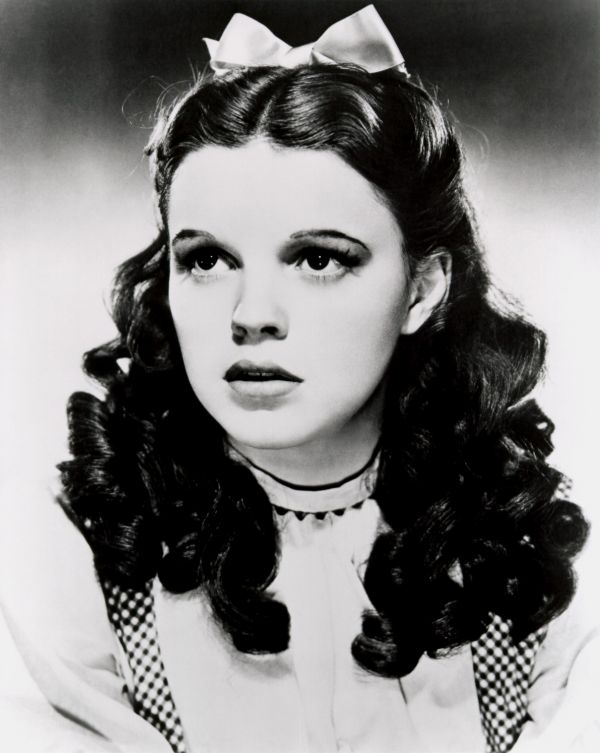 The circumstances of her life no doubt contributed to a lifetime of insecurity and depression, as well as her struggles with drug and alcohol abuse. And at the young age of only 47, her battle was finally lost when she died from a barbiturate overdose.

So what can we learn from the Footprints Judy Garland left behind? Like many of us, the famous singer and actress had a story behind the smile. Tragically it was a sad one that virtually nobody knew about.

Fortunately for her legacy, people today remember the good parts. Her rise to fame, her powerful voice, and her inner beauty continue to be the first things that come to mind when we mention the name Judy Garland.

Everyone is battling their own demons. Everyone experiences the same emotions. And virtually everyone is attempting to find their way on this path of life.

If there is one thing Judy has taught us, it’s that what you see on the outside could be very different from what we are battling on the inside.

There is a story behind each and every one of us. And sometimes we are screaming for help, while we are smiling for a photo.