We’ve all seen our fair share of images from World War II, but color images from the era are a lot more rare—especially ones showing bomber crews at work on the airfield.

LIFE magazine recently released a gallery of the VIII Bomber Command soldiers working on their planes, many of which were never published up until now.

Credit for these unique images of the B-24s, B-17s, and their crews at a secret airfield goes to none other than photojournalist Margaret Bourke-White, who snapped the color pictures in 1942.

When she was hired in 1936, Bourke-White was the first female photojournalist at Henry Luce’s LIFE magazine.  Her photograph of the Fort Peck Dam construction appeared on its first cover on November 23, 1936. This cover photograph became such a favorite that it was the 1930s’ representative in the United States Postal Service’s “Celebrate the Century” series of commemorative postage stamps.

She held the title of staff photographer until 1940, but returned from 1941 to 1942, and then again in 1945, where she stayed through her semi-retirement in 1957 (which ended her photography for the magazine), and her full retirement in 1969.

Bourke-White was the first female war correspondent, and the first woman to be allowed to work in combat zones during World War II. In 1941, she traveled to the Soviet Union just as Germany broke its pact of non-aggression. She was the only foreign photographer in Moscow when German forces invaded. Taking refuge in the U.S. Embassy, she then captured the ensuing firestorms on camera.

Unfortunately in 1953, Bourke-White developed her first symptoms of Parkinson’s disease.  She was forced to slow her career to fight encroaching paralysis.  In 1959 and 1961, she underwent several operations to treat her condition, which effectively ended her tremors, but affected her speech.

Her final goodbye was in 1971, where she died from the disease at Stamford Hospital in Stamford, Connecticut at the young of 67.

But may the legacy of her life story live on through her photographs, and our memories.  RIP Margaret Bourke-White. 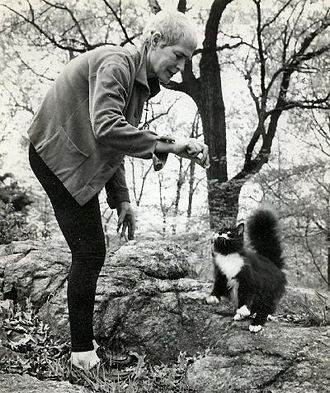