Rachel Beckwith was just your average 9-year-old girl. She loved hanging out with her friends, listening to Taylor Swift, and had a heart of gold.

When she saw a problem, she wanted to solve it.  In one instance, for example, she once cut off all her hair and donated it to make wigs for kids who had cancer.

In church one day, Beckwith heard a man give a talk about how kids her age in Africa didn’t have clean water to drink.  Taking his speech to heart, she immediately decided to help.

With her birthday coming up, she told her mom she did not want a party or presents.  Instead, and with her mom’s encouragement, she created a fundraising page on CharityWater.org.

Her goal: asking people for a $9.00 donation, in celebration of her 9th birthday.

Beckwith originally had a big goal of $300, which would’ve been enough to give 15 children clean drinking water. Unfortunately she fell a little short, raising only $220.

Not one month later, Rachel was in a tragic car accident. A trailer had jack-knifed into a logging truck, sending logs tumbling down the freeway. More than a dozen cars were caught in the pile-up, and the trailer smashed into the back of Beckwith’s car. She was the only person critically injured.

And unfortunately in July 2011, the decision was made to take her off life support.

But when the news spread about Beckwith’s story and her birthday wish, people all around the world began to donate on her page.

And just five weeks later, 30,000 people had donated more than $1.2 million to her fundrasier.  And as a result of her campaign, sixty thousand people in over 100 villages now had clean water to drink.

So today, America’s Footprints would like to give priase to young Rachel Beckwith. Despite the tragic circumstances life dealt her, it is clear she left behind a legacy that will truly withstand the test of time. 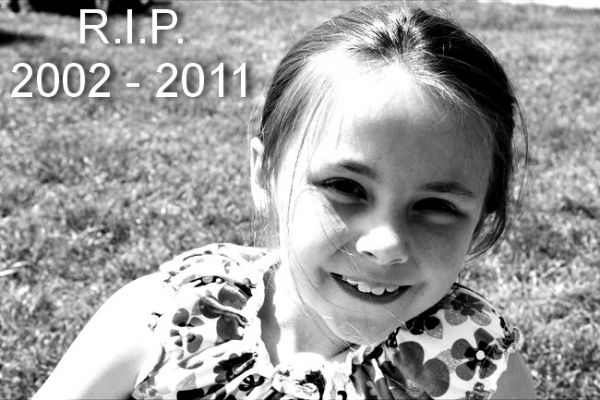