The name Tom Shadyac may not immediately ring a bell.  But names such as Ace Ventura, The Nutty Professor, Bruce Almighty, and Liar Liar are sure to have a familiar ring to them.

So what do they all have in common?  Tom Shadyac directed each and every one.

Shadyac’s movies were such a hit at the box office that he was able to enjoy a taste of the A-list lifestyle…raking in tens of millions of dollars that helped him purchase a beautiful mansion in Los Angeles.

But in what seems like a split second, his outlook on life changed drastically.

Shadyac was involved in a bicycle accident that resulted in severe head injuries.  He locked himself away in darkness for almost 4 months due to an extreme sensitivity to light and sound.  And when he finally mustered up enough strength so see the light of day once again, he had a new realization that there was more to life than material things.

Shadyac said he was sick and tired of materialism.  And while many people might change that mindset after getting their next big check, he never did.  In fact his new lifestyle took things to the extreme.

Shadyac sold off virtually every single one of his possessions, the biggest of which was his Hollywood mansion.

So what did he do with the money?  Did he put it into a bank account for safe keeping?  Create a bond for his children?  Travel around the world?

Actually – none of the above.  Shadyac literally gave away virtually all of his profits to a laundry list of worthy charities.

He left himself with just enough to afford a mobile home and moved into a trailer park, and now refuses to work for anything more than the minimum directing fees set out by the Directors Guild of America.

While it might seem like such a lifestyle would get old over time, Shadyac says he has no regrets. In his own words: “I was living in a 17,000-square-foot, three-home complex.  But I had been in L.A. for 20 years and I still didn’t know one of my neighbors. [Now] I live in 1,000 square ft. [mobile home], and it takes me 20 minutes to take out my trash, because I’m always chatting with them.” 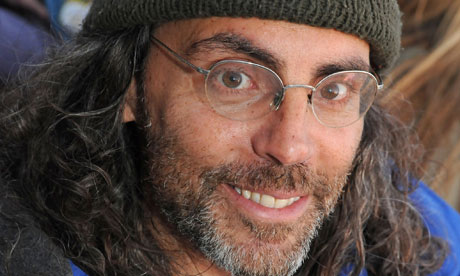