It is often said that time can erase anything. The most important battles, the biggest natural disasters, and even the most influential people eventually become a distant memory.

Like the fossils of the prehistoric era, the memoirs of who, what, when, where, and why sink deep into the earth. Forever lost, and likely never uncovered.

Billions of people have come and gon

e over the years. With their loss comes the realization that their stories…the moments that encompass their journey in life and the memories that make up their final legacy…are eventually gone with them.

And while modern history has done the best it can to preserve the milestones of our past, there are plenty of gaps that are still waiting to be filled, and plenty of people who deserve the spotlight once again.

Here are five of the most influential people who made history. These are people who left behind an incredible Footprint that has long since been forgotten. Until now.

Doby was an African American who was born in 1923 and lived well into his golden years before passing away in 2003. He was a 1940’s athlete who bravely entered the not-so-friendly world of major league baseball.

Quite common for the time, Doby routinely endured racial taunts, hazing, and even death threats. But he kept going and stuck with the sport.

A year later, Doby became one of the first black players to win a World Series championship. He was also voted an American League all-star for seven consecutive seasons, and even became the first African-American baseball player in Japan.

Despite an extremely difficult journey that made history at the time, Doby’s legacy is now only remembered by the die-hard baseball fans and historians. Why? Because he did this just three months after Jackie Robinson entered the spotlight.

In 1854, Graham was on her way to church with a friend in New York City. Running late, they decided to take the only form of public transportation available at the time: a horse drawn carriage.

The white driver refused to move and ordered her to get out. But Graham did not. She stayed and was clearly ready to put up an ‘equal rights fight’ if necessary. The driver reluctantly continued on, but at his very next stop, pulled Graham from the car and threw her to the sidewalk.

In the aftermath, Graham’s father hired a lawyer to take his daughter’s case to court. They eventually won, and in less than a year, NYC transportation was fully integrated.

But if we were to ask you about the woman who became the “mother of the freedom movement”, you would immediately think of Rosa Parks. Because that is what modern history has preserved. Whatever the reason why, let’s not forget the story of Elizabeth Jennings Graham, a woman who stood up for the same rights 100 years before Rosa Parks.

Mention the words 70’s, Nixon, and Watergate, and the name “Frank Wills” probably wouldn’t even be a blip on your radar. But it was this 24-year-old night watchman’s vigilance that led to the biggest political scandal in history.

On June 17, 1972, Wills was making his night rounds at the Watergate building when he noticed a piece of tape placed over the lock of a basement door. Hardly something most watchmen would even consider looking for.

Wills removed the tape, figuring it was put on there by an employee who wanted to come and go without the need for a key. But later he noticed a new piece of tape had again been placed on the same lock.

Wills called the police, who cut power to the building and conducted a sweep of every room from top to bottom. And they eventually found five burglars. Thus it didn’t take long for the Watergate scandal to explode, forcing Nixon’s resignation.

In short, Wills singly handedly helped changed the history of our nation. All because he had a keen eye, and did his job extremely well. 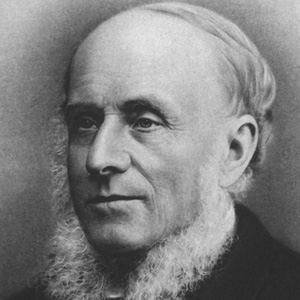 With the fast paced digital world we now live in where everything is instantly and literally available at our fingertips, having to use a fax machine is so “archaic”. It’s a device that today seems to predate the dinosaurs.

But the fax machine was a crucial piece of technology since the late 1800s. And while the history books typically start mentioning fax machines in the early 1860’s, it was the Scottish mechanic Alexander Bain who had the original prototype, 20 years earlier.

Although the machine worked, Bain unfortunately never got past the prototype stage and refused to show it to anyone. Thus he never managed to popularize this revolutionary invention.

Over the next several decades, other inventors eventually brought the fax machine into a commercial market. But just imagine how much faster communications technology would have advanced if Bain, the original creator, released his invention to the world.

All of a sudden that smart phone you’re holding wouldn’t be the latest rage anymore.

Sorry to shake things up here. But Paul Revere was not the only colonial hero to take a dangerous midnight ride to warn of the pending British attacks. He just happens to be the one that the history books have chosen to spotlight.

A young girl named Sybil Ludington did essentially the same thing. She also happened to ride about twice as far as Revere did.

Originally from upstate New York and only 16 years old at the time, Ludington was the daughter of an American colonel who was asked to embark on a dangerous midnight mission after the British raided Danbury in April of 1777.

She began her journey when the sun went down and the freezing rain started pouring. Ludington rode on horseback almost 40 miles and successfully reached her destination, reportedly escaping from a group of highway robbers along the way.

And thanks to Sybil’s bravery, the local militia men got a head start and engaged the British at the Battle of Ridgefield.

In summary: this is just a handful of the people that changed the course of our history. And yet most of us probably didn’t even know their names until now.

So the next time you pick up that history book or even your ancestor’s scrap photo album, stop and consider the fact that there are plenty of pieces to the puzzle that are still in hiding, waiting to be come together.