As is often the case, the stories that once made headlines are eventually forgotten in the winds of time. The people who proved what it means to live a selfless life become nothing more than another face in a family tree or photo album.

A face with a story no one remembers.

On our blog we have shared countless stories of ordinary people who have accomplished something extraordinary, most recently spotlighting 10 amazing women whose Footprints made history.

And continuing our tradition of preservation at America’s Footprints, here are 5 more people who made history…some of which are still very much alive today. And yet we are willing to bet you probably haven’t heard of any of them.

But let’s test that theory by starting with a top news story from the early 80s. Do you recognize the name Arland Williams?

1. The man who was deathly afraid of water, and still managed to rescue five people 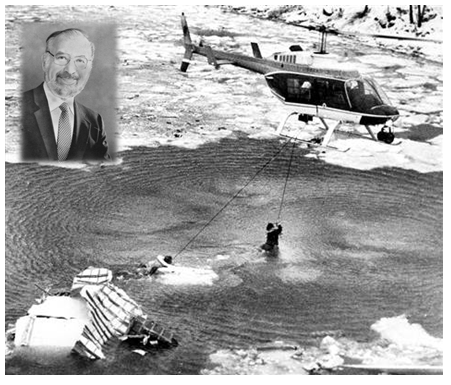 Meet Arland D. Williams, a 46-year-old nobody who happened to be on the last flight he would ever take.

In 1982, Air Florida Flight 90 crashed into the Potomac River after colliding with a bridge in the middle of a snowstorm.

Six severely injured people managed to swim out before the plane sank, gathering by the tail. Problem was the river was filled with ice. So rescue by boat was near impossible, as they continued growing more weary from the cold water.

Finally a rescue helicopter arrived, dropping a line down for the survivors. After pulling one man to safety, the next in line was Williams.

But despite a lifelong fear of water, he decided to put the rescue ring into another survivor’s hands rather than take it himself.

After rescuing the second person, down came the line again. And once again, Williams passed it to the next survivor.

This same process repeated until everyone was brought to safety…except Williams. In the final moments, the plane’s tail had moved and sunk to the bottom, dragging Williams down with it.

But thanks to his heroic and selfless acts, 5 people can continue their life journey and recount the tale of the man that gave the ultimate sacrifice to save them.

We would all like to say we would do the same thing in his position. But when faced with the reality of that situation, would you? 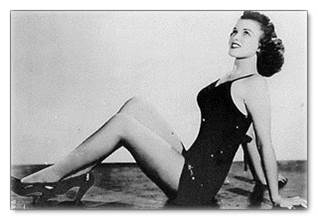 There’s a laundry list of reasons why the Footprint of Venus Ramey, better known as Miss America 1944, has made history. For starters, she was the only Miss America whose name graced the most successful B-17 flying fortress of World War II. As if shielded by a crude painting of her likeness, the Venus Ramey flew 68 missions without losing a single man.

But that’s peanuts to what happened six decades later.

In 2007, four men robbed a tobacco farm in Kentucky. The now-elderly Venus noticed the robbery right away, but rather than call the police, this 82-year-old beauty pageant veteran grabbed her walker and her .38…slowly stepping outside to deal with the perps.

Ramey confronted the men, who piled back into their car and tried to escape. But Venus braced herself against the walker, and calmly shot all four of their tires flat. She then held the men at gunpoint until she could flag down a passing driver.

With the situation well in hand, she decided it was now time to call the police.

And now you know the brief but incredible tale of the Miss America winner who became a generation’s badass.

3. The Vietnam POW who never gave up hope for a better tomorrow 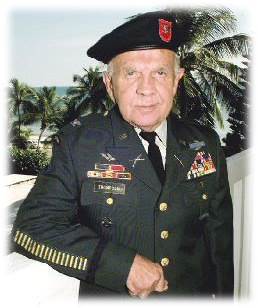 Meet Jim Thompson, a store clerk who became a POW. And a POW whose legacy is one for the record books.

During the Vietnam War, Thompson’s plane was shot down in 1964. He took a bullet in his back and broke it in the process. He was subsequently captured and held as a prisoner of war for 9 years.

For months his captors wanted him to sign papers saying that he was treated well. Using the most profane words one would think of, Thompson refused. His beatings and torture became relentless as a result, and he eventually gave in…signing the paper.

As a reward, he was moved into a prison with others, in which the beatings and torture continued. Though he managed to escape the prison five times, he was always captured again.

At one point during his captivity, he became so weak that he suffered a heart seizure. And though he survived that scare, death kept knocking on his door.

Thompson was becoming so frail that another prisoner once reported that he thought the enemy had placed a corpse in the cell next door. Yet the Green Beret managed to hold on until he was finally released in 1973, weighing just 90 pounds.

Thompson unfortunately took his final breath not too long after he was released. But time is relative. Because his death didn’t come until 30 years later, of natural causes.

It is a tragic tale from the Footprints of a man who sacrificed so much, and yet still managed to see a brighter future ahead as opposed to giving up hope. And that is why the war Veteran Jim Thompson deserves all of the recognition we can throw his way.

Thank you for your service Jim. We salute you.

4. The man who saved thousands on 9/11, using a plan that was years in the making

We now introduce a security guard named Rick Rescorla. The man who predicted the 9/11 attacks, and helped save 2,700 people.

Remember the failed truck bomb attack by extremists in 1993? Well that day left an impression on Rescorla. So when he was promoted to director of security for Morgan Stanley in the mid-’90s, he decided to prepare for what he felt was another imminent attack.

By 1997, the former Army colonel and Vietnam veteran had constructed his own evacuation plan, which he insisted on holding a drill for twice a year.

When 9/11 came and the first plane hit the North Tower, Rescorla jumped into action. Despite his superiors demanding he NOT use his evacuation plan, Rescorla ignored his ‘orders’ and got people out.

By the time the second plane hit the South Tower, only 17 minutes after the first attack, Rescorla’s plan had already evacuated 2,700 people out of the building…safely. But in the process of saving others, Rescorla himself sacrificed his own life.

In honor of his legacy, the History Channel produced a documentary about him called “The Man Who Predicted 9/11,” and the San Francisco Opera produced a piece called “Heart of a Soldier.” A statue of him as a soldier was also unveiled.

5. The disabled mom who sprinted — BAREFOOT — to save a total stranger

Laurie Ann Eldridge was a 39-year-old single mom with a disabling back injury. She was outside one day when she noticed a car stuck on the railroad track near her house. And in the car was an elderly woman named Angeline Pascucci.

Suddenly she heard the unmistakable wail of a train coming from around the corner. And because of the turn in the track, the engineer couldn’t see the car stuck on the rails.

That’s when Eldridge sprung into action.

Despite the fact that Eldridge hadn’t run in 10 years, she bolted to the car…barefoot. Unaware of what was about to happen, Pascucci thought she was being robbed and didn’t open the door. So Eldridge had to reach through the car window, unlock the door, and wrestle the old lady out of her car, rolling down a side embankment seconds before the train hit the car.

Pascucci survived unscathed. Eldridge, on the other hand, took away some severely cut-up feet from all the splinters she’d stepped on during the rescue. But she later received the Carnegie Hero Fund Award for her heroism…and patience with the elderly woman.

What would you have done in her position?

So there you have it – five more people from history that time has forgotten. But we haven’t.

Welcome to the land of preservation. Who else from your personal history do you believe deserves a spotlight in a future article?