Even if you don’t follow professional wrestling, the name John Cena will likely ring a bell.  He is one of the biggest stars of the WWE who, like most others in the industry, dedicates an insane amount of hours to his profession.

However, despite the hectic WWE schedule, the non-stop travel around the world, workout sessions, and his promotional appearances, John Cena still finds a way to make time for the kids of the Make-A-Wish Foundation.

In fact, some might say he has a body double…as the sheer number of times he has granted a wish for these children seems virtually impossible given his crazy schedule.

So how many wishes has John Cena granted exactly?

Well as of today, his wish count has reached 460. Now to put that in perspective, only five other celebrities have granted more than 200 wishes: Hulk Hogan, Jeff Gordon, Dale Earnhardt Jr., Michael Jordan, and the Justin Bieber Apology Tour.

John Cena currently represents the only celebrity to have made it to 300…and to keep going.  In other words, he didn’t just break everyone else’s record — he shattered them.

To spotlight Cena’s plethora of granted wishes would take almost 500 pages. And he’s not done yet.  Cena is determined to break a thousand wishes, which is a number he will undoubtedly attain.

So how, then, does WWE superstar John Cena manage to do all that and still manage to grant more “Make-A-Wish” wishes than any other celebrity?

No one knows for sure.  But in our opinion, it would seem as if he chooses granting someone elses wishes over sleep.

So today we would like to salute and spotlight the Footprint of Mr. John Cena…for his super-human strength both inside and outside the the ring, and for his time spent with children around the world. 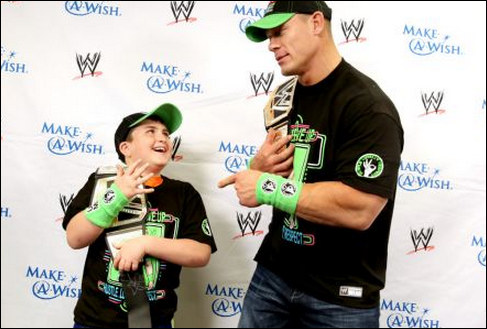 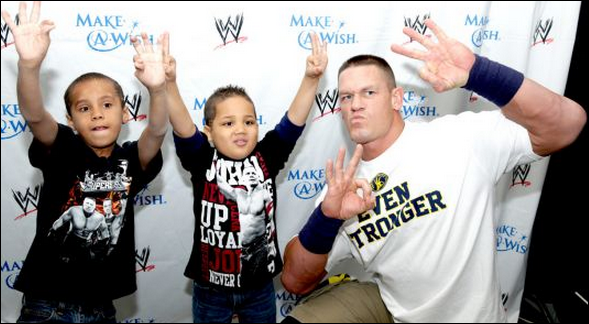 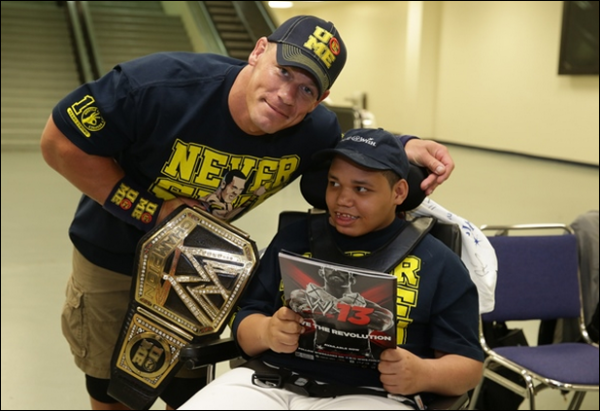 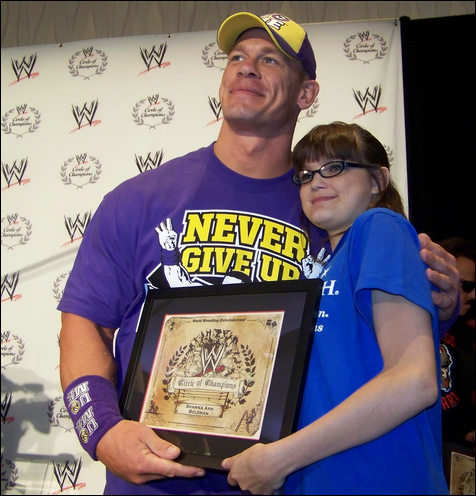 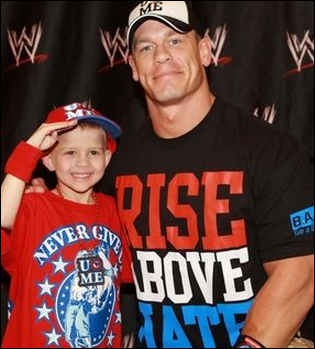 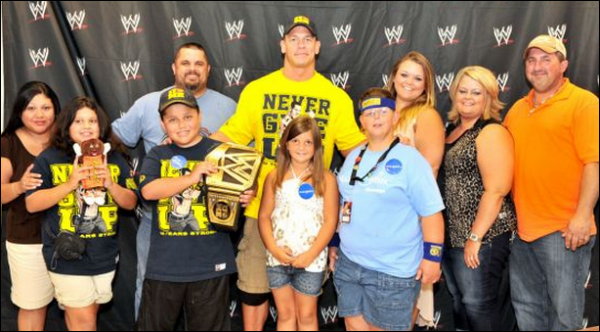 Inspiration for this article came from craccked.com