Many of us have dreams of a taking a roadtrip across the country, traveling through America’s big cities, and stopping at those mom and pop shops in the small suburbs. Yet a good percentage of people will likely agree that most times, life tends to get in the way of those travel plans.

And that is why sisters Sam and Alex Kimura are in our spotlight today. Because despite one of life’s toughest blows, they are now on a mission to tour all 50 states.

But this 365-day cross-country road trip is not your average “family vacation”. Instead, the sisters will be using the trip to build an extensive list of bone marrow donors, in the hopes of helping the thousands of people who have been waiting years for a transplant.

Back in high school, Sam Kimura was a competitive athlete. But now in her 20s, she deals with severe aplastic anemia, which is a rare blood disorder in which the bone marrow does not make enough blood cells for the body.

“As a 22-year-old, you want to have your whole life stretched out ahead of you and that you have limitless possibilities,” said Sam in a news interview. “But it’s hard knowing that I might not have that.”

The only cure for Sam is a bone marrow transplant. They had hoped her sister Alex would be a good match, but doctors determined she was not the right fit.

So Sam’s name was added to the extensive wait list on the National Bone Marrow Registry. And after years of waiting for a match that has yet to come, the sisters decided to take matters into their own hands.

The girls traded in their cars for a van, and mapped out a drive through all 50 states in the hopes of finding the donor Sam needs to survive.

But as they began their journey, a new revelation dawned.

“There are thousands of patients every year that are in the same position — that can’t find a donor — but there are millions and millions of people in this country that just aren’t signed up yet, they could be the cure for all these patients,” said Alex.

And that is how Sharing America’s Marrow was born.

With the help of another non-profit organization, the sisters have been hosting “donor jams” in towns and cities across the country. The girls have a goal to hit all fifty states, and swab DNA from 50,000 cheeks in order to record them on a registry and get more matches for the people on the wait list.

They are also trying to help educate people on the process of donating bone marrow, as many are fearful of the procedure because they may not know enough about it.

But life as a road warrior hasn’t been easy for them.  Sam is very weak from her intense medication regimen, and Alex is having a difficult time keeping positive, claiming the worst part is the constant rejection from those who choose not to participate.

Yet through their pain, they get up each morning and continue their journey through America with high hopes they will find a bone marrow match for Sam, and thousands of others as well.

And in many ways, they have already been successful.  In fact, at the time this article was written, they swabbed more than 8,000 people and have discovered 33 DNA matches that have led to five possible life-saving donations.

You can watch more on the following video from CBS news: 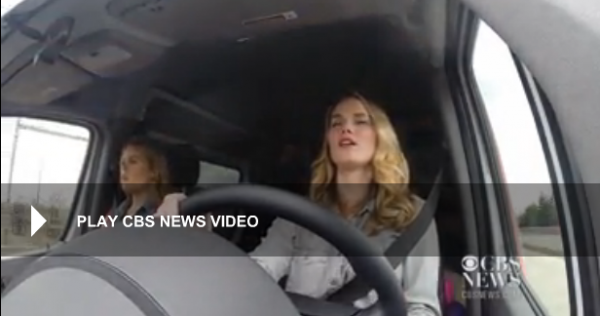 America’s Footprints would like to wish Sam and Alex the best of fortune. Because we are confident that the hero they’ve been looking for is right around the corner. If you would like to read more about their mission, you can find Sam and Alex at Sharing America’s Marrow.