For the few of you who may not know what Craigslist is, think of it like an online garage sale. People simply post ads for random items they are selling, and potential buyers then reach out if they are interested.

As you might expect, Craigslist experiences can vary, often times riddled with spam and sometimes, resulting in terrible experiences for both a buyer and a seller. And after selling items on Craigslist for many years, I have certainly had my share of both.

But today’s transaction was an absolute game changer for me. And here’s why:

I was in touch with a woman named Yolanda, who was looking for some baby items for a new daycare she was starting. She contacted me through Craigslist about a high chair we had for sale, and we soon worked out a place and time to meet. The final cost was $50.00 for three separate items.

At 5:30, my son and I met Yolanda in a local YMCA parking lot. We talked for a bit, she looked at the items, and agreed to purchase them. Problem was I only had two (I forgot to bring the PC game I promised to include). So I lowered the price to $45.00, which worked fine for her as well.

Once the deal was finished, she then told me she only had a $100.00 bill. But since I didn’t have change for it, she suggested going to the Dunkin Donuts next door and buying something for my son (thus giving her the change she would need to pay for the items).

I appreciated the offer, but said that wasn’t necessary. She insisted, going on to say she wouldn’t buy anything for herself, but needed to get something in order to have the change to pay me. So I finally gave in, packed the items in her car, and off we walked.

At the counter of the Dunkin Donuts, I got 6 small munchkins for my son. She proceeded to hand them the $100.00 bill, to which the gentleman at the counter had to refuse.

Yolanda and I stood there for a moment and then decided to try another store. But before we left, the man at the counter said: “Here you go. Take them and have a great evening.”

He was giving us the munchkins at no charge, and had a genuine smile on his face while doing so! (random act of kindness #1) 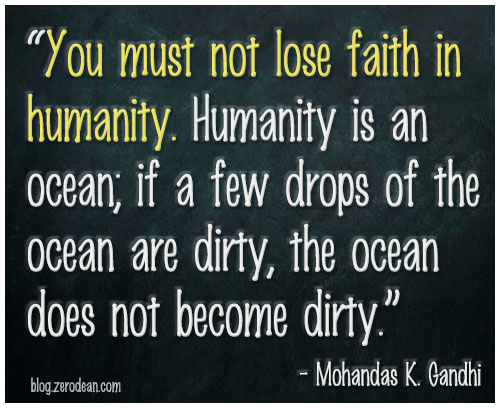 Of course we were very appreciative, and then left.

I needed to get my son to a YMCA tennis practice we had planned at 5:45. So her next suggestion was for her to go across the street to a Chinese restaurant and get some change there, while I went to tennis with my son. We both agreed, and then decided to meet in front of the YMCA again at 6:00.

She finally came back around 6:20, genuinely apologetic. She then proceeded to give me $50.00, even though the total cost was only $45.00. She knew I didn’t have change, and simply said: “it was worth it”…expecting nothing else in return. (random act of kindness #2)

We shook hands and parted ways. When we got home later in the evening, I wanted to do something nice for her in appreciation.  So I immediately asked her for her mailing address.  And now, I will be mailing her the PC game, at no charge. (random act of kindness #3)

And as if that wasn’t enough, my son…seeing the experience first hand…immediately wanted to repeat the same ‘random act of kindness’. So before tennis was over, he decided to give his muchkins to his coach. A moment that made me proud to be his dad. (random act of kindness #4)

So there you have it. A simple Craigslist transaction that resulted in four separate random acts of kindness by four different people. Now just imagine what would happen if you multiply that number times the millions of Craigslist items for sale.

Our world would become a completely different place – overnight.