Back in the day, many of those bad-ass motorcycle clubs (moreso referred to as “gangs” at the time) were feared. Beer, brawls, and drugs were synonymous with the men and women sporting the branded leathers while riding two wheels.

And when your typical family of four unknowingly stumbled into a restaurant where these groups would hang out, they would immediately turn around and walk a fast pace back to the car.

But in recent years things have shifted for the better. Bikers are becoming known for the good deeds they do for others, helping to make a difference while raising funds and awareness for charities across the world. Not to mention soaking in some sun on the open road.

In fact the American Motorcyclist Association claims that since the late 1940s, those outlaw gangs everyone feared now only represent a mere 1 percent of bikers in the modern day.

And if you don’t believe us, check out the motorcycle group that calls themselves Bikers Against Child Abuse.

This group comes together with one specific mission: to help formerly abused children feel safe and unafraid of the world.

Bikers Against Child Abuse works with local and state officials to meetup with children who have been abused in some way, either mentally or physically. 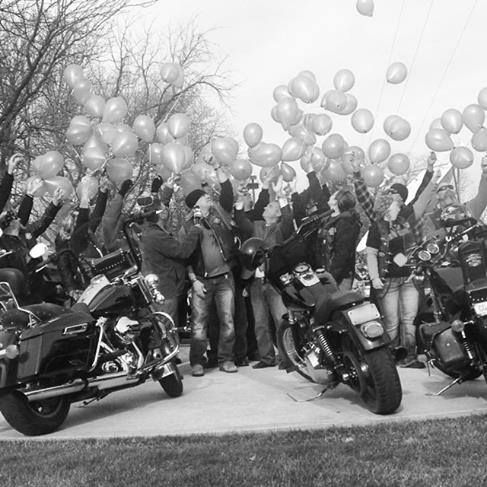 Once an abuse victim is identified, the entire group will ride to their home (or another pre-determined location). They not only start up a conversation with these children, but they offer up a vest with an official club patch as a memento of their visit.

And that is only the beginning.

The child is given the names and numbers of two club participants should the child like a shoulder to lean on when times seem grim. These men and women have passed rigorous FBI background checks and screening, and have even met with health professionals to learn how to interact with abused children.

Once cleared and certified, they become a line of lifetime support for a child who might need it. They check in regularly with the child, and never do anything without the child’s parental consent first.

Some of them have even attended court hearings with the abused children, simply to act as a physical presence that hopefully makes them feel less intimidated in the court room.

If you would like to follow this international non-profit organization who is truly making a difference, you can find Bikers Against Child Abuse on Facebook and learn more or even donate on the website from here.