K.I.T.T. is an an icon from the 1980’s television show Knight Rider.  Working in conjuction with Michael Knight (played by Dadivd Hasslehoff) and F.L.A.G. (Foundation for Law And Government), KITT was a car with artificial intelligence that could do just about anything.

Though the show itself ended its run almost 30 years ago, the legacy of Knight Rider and its mission to “make a difference” remains strong, thanks to the people who build fully functional replicas, like the Fiduccia family of northeat Pennsylvania.

The Fiduccia’s actually built a full scale replica of the talking car in their own garage over several years.  And they now proudly take it to various conventions, charities, and school events all over the east coast.

So when word started to spread to the locals that KITT was living in their own home town, it caught the attention of a 3-y-o superfan’s big sister.

The sister saw the car up close at a fun festival for her local elementary school.  And knowing that her little brother is a huge fan of the show, she immediately went home and told her Aunt about her discovery.

Her Aunt then located Fiduccia’s KITT car on Facebook (yes – even KITT has his own Facebook page) and randomly emailed him the following message:

“Hi, my 3 yr.old nephew LOVES KITT. He has all four seasons of the show on dvd, and also has a cast iron car and a remote control car of KITT. I was just wondering if maybe he can see the car in person. My niece commented that she saw KITT at school. So if you can answer this message I would greatly appreciate it.”

“We were extremely touched by the message and instantly responded,” said KITT’s owner Joe Fiduccia.  “So we worked out a date and agreed to bring our KITT directly to their home on the first open Saturday we had available.”

All buffed up and ready for the open road, that Saturday finally arrived.  And it was time for KITT to bring a smile to young Enzo.  With the entire family waiting outside, Fiduccia pulled the car into their driveway…scanner running and turbine sound effects roaring.

And the ear-to-ear smile on little Enzo’s face just about sums up the whoe experience.  It was as if he was meeting his biggest idol.

Fiduccia got out and proceeded to introduce KITT to Enzo.  He engaged KITT in a small conversation and even had him say a few words to the superfan, asking him about his favorite episodes and reminding him of the importance to do his best in ‘making a positive difference’.

Enzo was then given a formal tour of KITT’s gadgets.  He got to sit inside the driver’s seat and get up close and personal with all the fancy circuitry.  He even got to watch one of his favorite scenes from Knight Rider directly on KITT’s monitor.

And as if that wasn’t enough, KITT had one more surprise up his bumper for Enzo.  Asked to stand clear of the car, everyone watched in amazement as KITT demonstrated his customized defense systems, firing a small pipe rocket out of the back and also shooting a stream of Co2 fire repellent out the front.

“It was clear that little Enzo was absolutely loving every minute,” Fiduccia told us.  “So I wanted to bring out all the stops I could to make the experience worthwhile for him.”

When it finally came time to part ways, the tears started rolling.  But Fiduccia was quick to remind Enzo that this wasn’t goodbye.  He said they would only be a phone call away, and that KITT will always be with him on the inside, as the two have now created a bond for life.

That evening, Fiduccia received the following message from Enzo’s Aunt:

“I just want to say a huge THANK YOU. That made my nephew’s day. His face was priceless. He will remember this day always”.

And to that Fiduccia responded the best way he knows how:

“Thank you for giving us the opportunity to make a difference in Enzo’s day.  We are honored to help keep the legacy of Knight Rider alive in the next generations, and to experience a moment that will last with BOTH of us for years to come.” 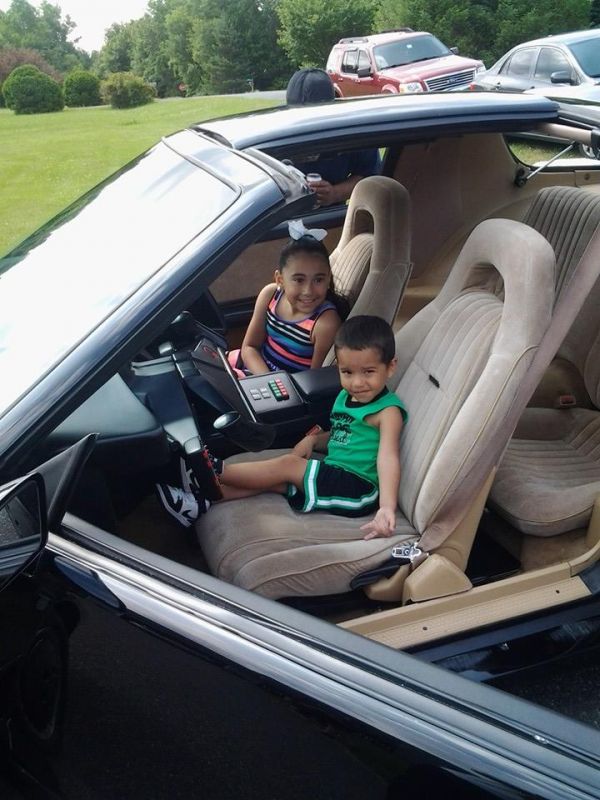 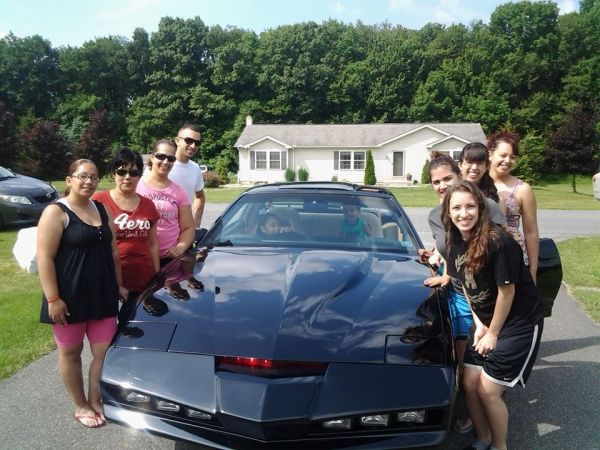 Be sure to follow the Fiduccia family and their “make a difference” campaign on Facebook.  Because we have a feeling this is just the start of an incredible journey that lies ahead.  They can now also be found streaming live video feeds on Periscope under the same name: “NotchbackKITT”.