33-year-old Miguel Alvarez had never worked in a senior care home, nor did he ever administer medications. The only reason he took the janitor job at Valley Springs Manor several years ago was to save money for Christmas gifts for his children.

Yet in October 2013, the Castro Valley care home plunged into chaos amid a state-ordered closure, eventually resulting in every single employee packing up and leaving within days.  And suddenly Alvarez found himself changing diapers, bathing, spoon-feeding and otherwise comforting more than a dozen seniors who had been abandoned there.

He was one of only two employees of the care home who stayed when everyone else left.

“I’m a janitor – I didn’t know what I was doing. I just tried the best I could,” explains Alvarez.  “I’d never want to see my parents or grandparents go through anything like that,” he said. “I liked these people. I wanted to treat them well.”

Alvarez and cook Maurice Rowland stayed at now abandoned Valley Springs Manor 24 hours a day. His supervisor was a manager who lived in a laundry shed behind the facility.  The supervisor gave out paychecks and administered most medications, although in the days before the closure he apparently vanished, according to Alvarez and Rowland. 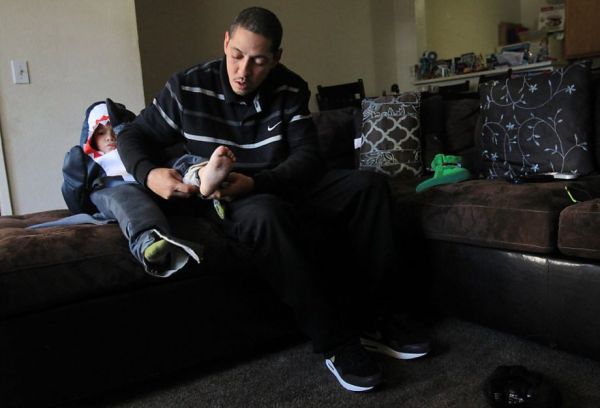 “We kept calling and calling, but he either didn’t answer or said he’d come by and never did,” Alvarez said. “We just kept waiting. I kept thinking someone would come by eventually.”

Alvarez – who still has not received pay for any of his work at Valley Springs Manor – slept on a rocking chair in the TV room, afraid to leave the residents alone overnight. Doling out medications was the toughest part; he didn’t know who got what, or how much.

By late on the night of Oct. 25, he noticed some of the residents felt “clammy” and had trouble sitting up. He said he and Rowland called 911 several times when residents appeared to be sick, and finally sheriff’s deputies and firefighters arrived Saturday afternoon to rescue the remaining residents.

“I just thought, ‘Thank God, now they’ll be safe,’ ” he said. “I just feel bad for what happened, though. I wish we could have done more.”

See the original story on SFgate.com