After an apparent attack by a fox, a street cat named Bob was found injured and curled up in the hallway outside of a support housing flat in Tottenham were James Bowen, a recovering heroin addict and homeless busker, was staying.  James took the cat in, got him to the RSPCA, and nursed him back to health using what little drug money he had for antibiotics.

But in the process, Bob helped to nurse James back to health as well, giving him a reason to get up in the morning and get clean. Since his recovery, Bob has refused to leave James side, following him everywhere for the last six years.

Thanks to a literary agent who passed him on the streets, James has since written an international bestselling book about his hardships and friendship with Bob. “We’re two injured souls looking for someone we can trust,” James says.

Done in collaboration with the writer Garry Jenkins in an Islington café, the book also attempts to dispel some of the social stigma that goes with homelessness. 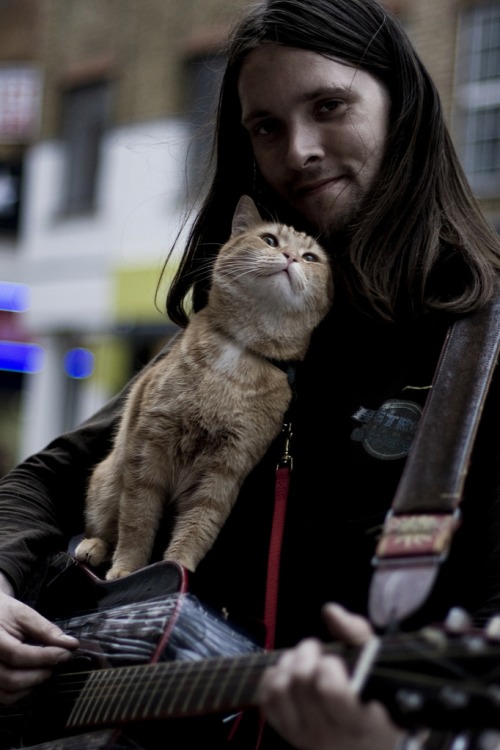 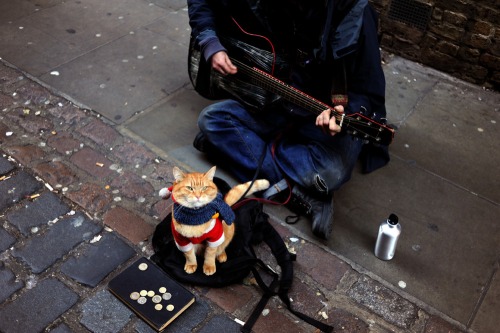