Ever hear the expression “a simple act of kindness will be rewarded back to you tenfold?” Well that’s exactly what happen to a woman from Smyrna, Georgia recently.

Except her “return on investment” was astronomically greater.

During the 2015 holiday shopping season, 39-year-old Tracy Warshal was standing in line at the Aldi grocery store when she noticed a man behind her looking frantically through his pockets for his wallet. A wallet that he completely forgot to bring with him.

So instead of turning away and pretending it wasn’t her problem, Warshal offered to pay for his groceries. And it was a bill that would come out to approximately $7.00.

The appreciative stranger asked Warshal for her name. She responded with her first name, and then wished him a Merry Christmas as she left the grocery store.

But several weeks after the holidays were over, Warshal learned this was not the last time she would cross paths with the stranger.

Warshal is a scheduling coordinator for the Piedmont Cancer Institute. While at work one morning, two representatives for The Piedmont Foundation visited her with a surprise: that the man she helped would like to donate $10,000 to the organization…in her name. And the funds will be applied toward the Dana G. Smith Cancer Assistance Endowment.

But we know you still have one burning question: how did they find her?

On the day she helped pay this man’s grocery bill, Warshal happened to be wearing a shirt with the word “Piedmont” embroidered on it. Armed with her first name, the man contacted Mendal Bouknight, Piedmont Healthcare’s Vice President, with the hopes of finding Warshal and thanking her in his own special way.

Warshal said it wasn’t just the holiday season that put her in the spirit of giving. She believes her random act was “instinctual,” and claimed anyone in her position would have done the same thing.

The pair have not seen each other since that day at Aldi, and the man has chosen to remain anonymous. But if given the chance to meet the man that turned a $7.00 act of kindness into a $10,000 donation, Warshal said she give him a hug and simply say “thank you.”

And if that wasn’t a good enough end to this story, Aldi has now apparently matched the $10,000 donation to The Piedmont Foundation. 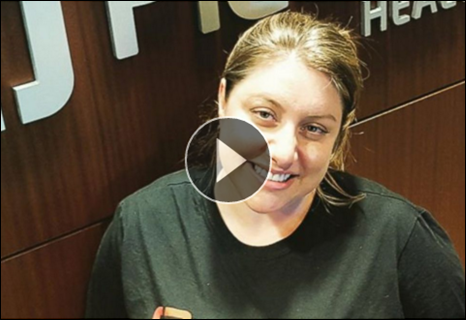 Inspiration for this article came from WJCL 22.