There are usually two versions of the stories we see on the 6:00 news: the good, and the bad.

While the positive ones always bring a smile to our face, the news outlets and social media channels tend to favor the stories that bring ratings.

And of the two, we all know which version I am referring to. But if you’re not sure, turn on your local news tonight at 6:00 and pay attention to the stories they focus on in the first 10 minutes.

There are millions of people around the world who make a difference. And while most of them don’t do it for media attention or monetary gain, we believe these are the moments that help lay the framework for a brighter tomorrow.

These are the stories that we enjoy preserving at America’s Footprints. As such, we believe they represent some of the moments that deserve a permanent Footprint in the timeline of America’s history.

In no particular order, here are five random acts of kindness we recently wrote about this year.

5. Hiker Rescues Abandoned Dog Who Had Been Shot

The short version: Andi Davis was hiking down a deserted trail in Phoenix when she turned the corner and noticed a black and white pitbull dog who had multiple bullet wounds.

Acting quickly, Davis put all of her fears and hesitation aside. She reached for her water bottle, gave him a drink, and did the only thing she could think of. Davis picked up the 47-pound pitbull, and started walking.

Despite being a very fit person, Davis struggled carrying the weight of a 47-pound dog down a mountain trail. But she made it to the bottom where her family was waiting in the car.

They took the pitbull, who was now unconscious, to the Arizona Humane Society. And the young pup, who apparently has a very strong will to live, survived.

The Davis family welcomed the pitbull into their home, and named him Elijah. He is now well acquainted with several other dogs that the Davis family owns.

4. History Buff Spends His Only Day Off Each Week Cleaning Tombstones Of Fallen Veterans 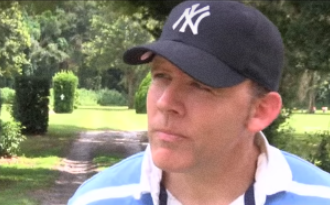 The short version: Andrew Lumish is a self-employed carpet cleaner who gets only one day off a week if he’s lucky. But instead of catching up on sleep, errands, chores around the house, or time with friend and family, he spends most of his Sundays cleaning dozens of veterans’ tombstones every week.

He isn’t hired for the work, and he doesn’t know any of these veterans personally. So why does he do it, you ask? Simply to give them the respect he believes they rightfully deserve.

Lumish has done his homework and only uses products designed for the safe cleaning of slate, marble, limestone, and granite. But some have argued that technically what he is doing is not exactly legal, and could easily be considered trespassing.

Yet despite the fact it has been almost three years since Lumish started visiting cemeteries, he has never once been chased away.

3. Teen Continues Her ‘Time For Kind Day’ Campaign Against Bullying 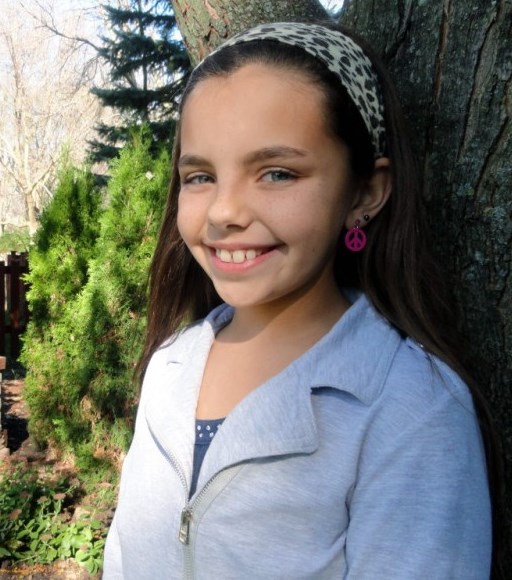 The short version: St. Charles, Illinois resident Aria Novak was once honored as the “Greatest Person of the Day” when she was only in fifth grade for her ability to confront issues in her community with creativity and passion.

Why was she bestowed this honor? Because when a bully decided to give her a hard time, she decided kindness would get her farther than fighting back.

The unfortunate victim of bullying herself, Novak discovered a way to fight against it by encouraging school districts to recognize ‘Time For Kind Day’. Her vision with the campaign was to develop a “really cool” day, where everyone could just be nice to each other.

Novak’s idea was a resounding success, and has now become part of the school’s culture. Her open invitation to kindness continues to encourage several students to apologize to others for their bullying.

And the kindness campaign didn’t stop at in the hallways of Wild Rose. The entire school district has now adopted this policy. And students even began attending town hall meetings where stories are read about kindness and respect.

The short version: Phyllis Shaughnessy lives in the Gray’s Harbor school district, which is a run-down town with low income families and no available work nearby for the people who desperately need it. And the children are the ones who end up suffering the most.

During the school year, the township’s children are fed through the school’s lunch program. But when summer arrives, that lunch aid comes to a grinding halt.

So when Shaughnessy learned about all the kids in her county that could go hungry over the summer, she decided to help feed ALL 200 of them — every single day.

With the help of some volunteers and donated kitchen space, Shaughnessy packed lunches for the children every morning. Her and the team then spend hours driving across the county delivering “Green Lantern Lunches.”

Though summer is now over with most kids back in school, Shaughnessy still remains active during the school year, helping them with school supplies while also delivering meals on the weekends and holidays.

1. Man Moved By A Stranger’s Essay Surprises Their Family With A New Van

The short version: 42-year-old Michelle Garn has been confined to a wheelchair since suffering a brain stem stroke at age 29. She devotes much of her time to her children, shuttling them to sports practices and school events in a rusted and run-down Dodge Caravan.

So her son, Brendan, decided to write a 400-word essay about his mother, entering it into a contest sponsored by the National Mobility Equipment Dealers Association. The grand prize: a new wheelchair-accessible vehicle.

Garn did not win a new car. But Brendan’s essay caught the attention of a retired business man named Tom Kolassa. And so moved by this boy’s essay, Kolassa decided to help.

Having never met the family prior, Kolassa purchased Garn a fully handicap accessible 2014 Chrysler Town & Country van, and personally delivered it to her doorstep.